Tibet – Roof Of The World

Tibet is a historical region in Central Asia is traditional homeland of Tibetan people. It is highest region on Earth with an average elevation of 4,900 metres. Tibet is often called the roof of the world because of its very high plateau and world’s tallest mountains. 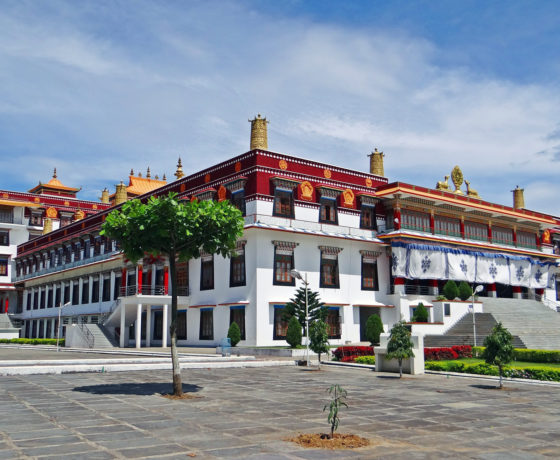 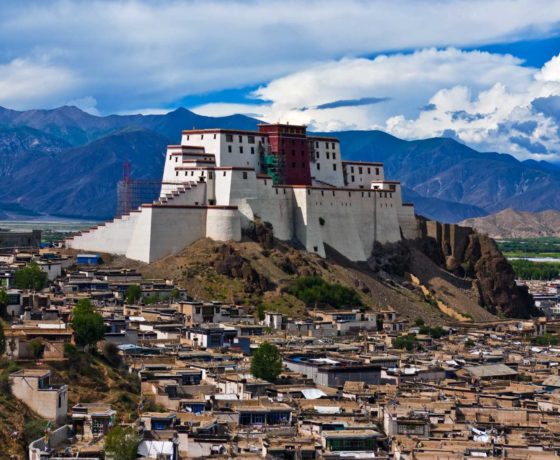 Tibet has been referred as Water Tower of Asia having several major rivers in Tibetan Plateau as Yangtze, Yellow River, Indus River, Mekong, Ganges, Salween and Brahmaputra River. Among all lakes Namtso Lake, Yamdrok Lake and Manasarovar Lake are most famous lakes and together known as Three Holiest Lakes in Tibet.

Tibetan representations of art are intrinsically bound with Tibetan Buddhism and depict deities or variations of Buddha in various forms from bronze Buddhist statues and shrines to highly colorful thangka paintings and mandalas. Tibetan architecture reflects a deeply Buddhist approach and Buddhist wheel with two dragons can be seen in every Gompa.

Tibet plateau is a land of mountains having four world famous mountains in and around Tibet as Himalaya, Gangdis, Kunlun Mountains and Karakoram. Among of all of Tibet Mountains Mount Everest is the highest & popular mountain in the world. Explore breathtaking natural beauty, mysterious and holy religion and piety and kindness of smiling Tibetans, snowy mountains, turquoise lakes, wide open grasslands, devoted pilgrims, colorful Tibetan art, and ancient architectural wonders.

Most visited and rated tourist attractions of Tibet are as follows:

Potala Palace: One of the most famous palace known as symbol of Tibet located in central Lhasa city. It is regarded as most amazing antiquated royal residence on the planet. This palace is visited by huge number of travelers from around the world each year.

Jokhang Temple: An eminent temple called as Place of Buddha in Tibetan Buddhism known for its elegant architecture built in 652 by King Songtsen Gampo. It is perfect mix of Chinese, Tibetan, and Nepalese design style.

Namtso Lake: Known as Lake Nam or Heavenly Lake is a mountain lake in Lhasa. Namtso is renowned as one of the most beautiful places in Nyainqêntanglha mountain range. Its cave hermitages have for centuries been destination of Tibetan pilgrims.

Shoton Festival: A conventional celebrations in Tibet praising eating yogurt, the Tibetan ministers who end their season of reflection, the viewing of Tibetan emotional musical dramas, and Tibetan Buddhism. This fest is held every year in the month of August and impacting the way of life.

Tibet is a high altitude plateau set amid tall mountain ranges and weather varies from region to region. May to October is best time to travel in Tibet and for camping May to September.

Do’s and Don’ts in Tibet::Tibet manners and Travel tips are always necessary to get before starting your trip. Tibetans have different ways of behavior in many aspects due to unique Tibetan culture & religion.